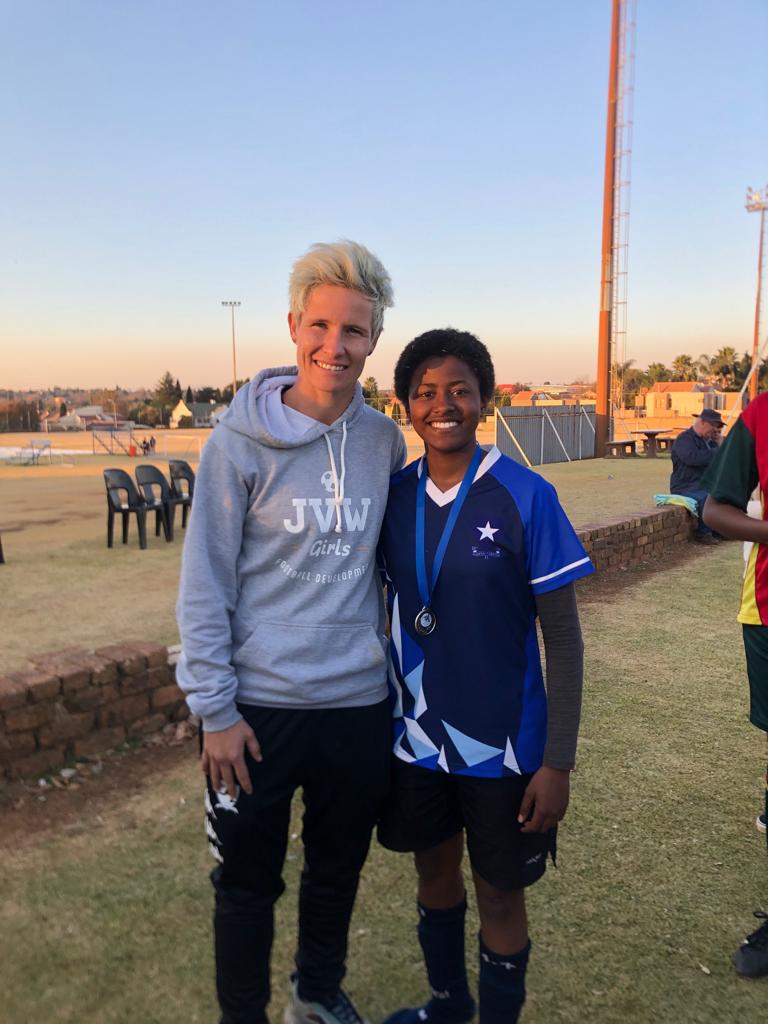 Ayanda Mnyembane, Grade 11 Scholar from Parktown Girls High School is a soccer star of note, currently playing for the Wits 2nd U/20 team and hopes to join Banyana Banyana to play for South Africa.

Ayanda started playing football at the tender age of 4, when she used to go with her older cousin to soccer practice and fell in love with it. Her female soccer idol is Linda Motlhalo, because she started playing for the national team at the age of 18, “which made me believe that I can also do it – as it is a dream to be playing for the squad by 18!

Inspired by Oprah Winfrey, Ayanda believes Oprah’s success is self-made “as she has built her own empire and gives back to the community. She is inspirational, brings value to being titled a “female” and has influence in the “global Women Empowerment movement.”