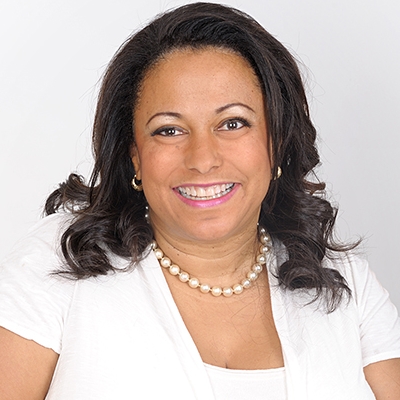 Teresa first arrived in South Africa in 1995 during which time she taught corporate finance in the MBA program at Wits Business School and served on the investment committee of a private equity fund that invested in the Southern Africa region. She has been contributing to business and social development in Africa for over twenty years.

A desire to help fill the leadership pipeline in South Africa led her to found the Student Sponsorship Programme (SSP). The programme provides academically talented but economically disadvantaged South African students with scholarships and mentors to attend private schools.

Teresa was the first African American woman to serve as a Managing Director in the investment banking division of Goldman Sachs, where she led corporate finance and merger & acquisition deals for corporate clients in the industrials and real estate sectors for over a dozen years.

She captured much of her perspective on being an African American who has spent her life working in Africa in a TED talk, “Bridging the Diaspora Divide,” an inspirational piece on how members of the African diaspora are stronger when united.

Teresa Clarke’s vast experience in Africa includes extensive service to Nigeria.  She worked with the Ford Foundation to train Nigerian bankers on how to make job creating equity investments in small businesses in Nigeria, and developed a training program, Venture Capital Investing for Nigerians.  She served as a strategic advisor to the Nigerian Leadership Initiative, developed in partnership with the Aspen Institute to train Nigeria’s public and private sector senior managers in ethical leadership and influence.  Ms. Clarke was a founding board member to the Tony Elumelu Foundation, supporting entrepreneurship in Nigeria and Africa. Ms. Clarke delivered the keynote address to the Lagos Business School Alumni. She was honored by the International Women’s Society of Nigeria as Humanitarian of the Year for her work in education throughout Africa.  She serves on the board of advisors for the Rhodes Scholarship of West Africa, and quite importantly, she has been actively involved with the Nigerian Higher Education Foundation for many years.

She served on President Obama’s Advisory Council on Doing Business in Africa.  In addition, she has lectured on this topic at several major universities around the world including Harvard, Wharton, Stanford, Princeton, Wellesley, Tufts, Oxford, Wits and Lagos Business School. She also serves on two public company boards in the financial services space, one in Australia and one in Mauritius.

Teresa wrote, produced and directed a documentary, “Africa Straight Up,” which explores current developments in the business and technology sectors in Africa. The film, originally produced for digital distribution, inspired a strong offline following and was screened on television in the US, the UK, and over 50 countries in Africa.  It earned documentary of the month by AFTV in the Netherlands, was shown at the Council on Foreign Relations, and contracted as in flight entertainment by South African Airlines.